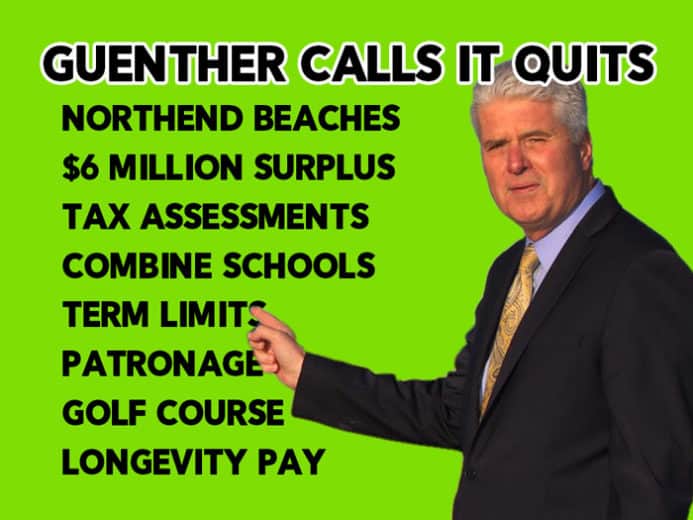 After 26 years, the Mayor of Brigantine, Phil Guenther is stepping down. Why exactly, is Guenther not running for another 4 year term? Many questions remain.

Guenther is insanely popular among full-time Brigantine residents. Part-time residents do not feel the same way.

The position of Brigantine Mayor holds much sway over tax revenues, 75% of which are generated by part-time residents / 2nd homeowners with limited or no voting rights.

Another little known fact of holding the position of Brigantine Mayor, is control over the Brigantine School Board members. The Brigantine School district is a huge budget item, featuring 2 schools with duplicated jobs and expenses. Another big chunk of taxpayer dollars, ultimately controlled by the Mayor.

Guenther is also the superintendent of ACIT, Atlantic County Special Services and Vocational School Districts. Handing out plum jobs at ACIT to Brigantiners that vote, is just one perk of that position.

Guenther became part of Brigantine City Council in 1990. He was appointed mayor in 1992 when the mayor at the time, Andy Solari, lost his enthusiasm for the gig. Solari set about getting himself removed from office. That’s according to Greenhead Politics. In defiance of the statute requiring the mayor to reside in the city over which he presides, Solari moved twenty-five miles away to Galloway Township, even going so far as to have his official address changed on his driver’s license. Once discovered, local party officials confronted Solari and found that their ultimatums met with indifference. Solari had no desire to return, and resigned without finishing his first term in office. At-Large Councilman at the time, Phil Guenther, finished the term as Mayor of Brigantine. And that’s how it all started for Phil, 26 years ago. 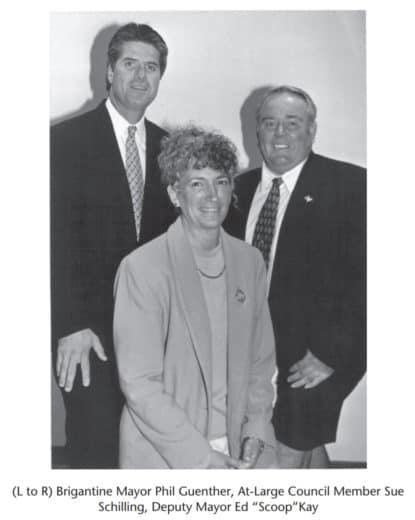 Guenther serves on the Brigantine Planning Board, Board of School Estimate and the Economic Development Commission.

Upon exiting, Guenther leaves the city with a whopping $6 million in the municipal general fund. The Brigantine Taxpayers Association (BTA) points out: that’s how the city administration was able to reduce taxes a few pennies for the past three years. It makes for great headlines, but it’s really a case of overtaxing, says the BTA.

4 thoughts on “After 26 Years As Brigantine Mayor, Guenther Senses Change. Will Not Run Again.”