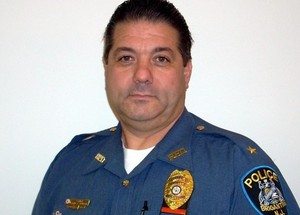 Felix, the police records clerk, Frugoli and former City Manager Jim Barber signed a settlement agreement on March 30, 2010, in which “the parties agree not to disclose or discuss the existence of facts of the Personnel Matter to any third party unless compelled to do so by an order of law.” Frugoli announced his retirement the next day.

Felix’s name was redacted from public copies of the agreement, as well as from copies of the investigation report into the matter conducted by Archer & Greiner attorney Susan Hodges in March 2010. But with her new claim, Felix’s name is connected to the case publicly for the first time.

Felix states in the complaint, filed in state Superior Court in November, that former city manager Jim Barber violated the settlement agreement by speaking to The Press of Atlantic City in April 2010.

The complaint cited a segment of a Press story from April 9, 2010: “‘There was an internal investigation, and we are confident (in its results),’ Barber said. ‘There were a lot of rumors, but did anything really occur? No.’ Barber said he could not comment on the specifics of the investigation except that it has been concluded and did not turn up anything that would affect Frugoli’s retirement and his $159,778 retirement package…”

The complaint states that Barber “(did) not only disclose the ‘existence’ of the personnel matter, he did in fact specifically comment on its alleged result,” which the complaint adds was “in direct contradiction to the actual findings of that investigation.”

Hodges’ report, released to the public in March 2011 by order of Superior Court Judge Nelson Johnson, concluded that Frugoli had violated the department’s sexual harassment policy.

Because of what they allege to be Brigantine’s violation of the agreement, Felix and her attorneys are seeking compensatory and punitive damages based on the “emotional distress, physical injury and humiliation” alleged to have occurred under Frugoli.

The complaint goes into great detail about the harassment allegations against Frugoli, many of which were also detailed in Hodges’ report, as well as new allegations.

In a letter to Judge Johnson in January 2011, city solicitor Tim Maguire claimed that Barber was responding to different allegations in his comments to The Press.

“There was an allegation that Chief Frugoli had committed conduct outside of the police department that was unrelated to the alleged (sexual harassment) conduct,” Maguire wrote. “(Barber) was unequivocally advised that said rumor was false (and) was responding to said allegations…”

Since then, Barber and other city officials have continuously deferred comment on the matter, citing the confidentiality clause.

Current City Manager Jennifer Blumenthal had no comment on the case.

The next hearing in the case has not yet been scheduled.