That’s what could potentially be the case when reviewing rules for non-profit organizations. Once accused by City officials of not being ‘management material’, the Brigantine FD union head is fighting back and supporting the FD union-friendly GOP ticket of Guenther, Simpson and Sera.

While Mr. Platt’s loyalty should be commended, his recent social media posts on Facebook seem to violate a very important rule? 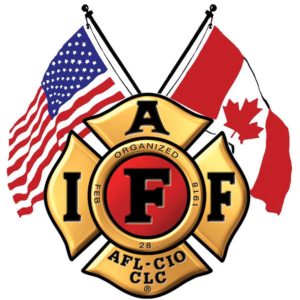 Tiger Platt background: Resident of Absecon, NJ., well-protected by an all volunteer, professional fire department. Platt’s salary in Brigantine is $129,000+. That number does not include overtime, health care or pension. Captain Platt is head of the local firefighters union and is responsible for all content on the IAFF Local 2657 Facebook page.

Posted by Mr. Platt on the IAFF Local 2657 Facebook page:

“Robert Polillo is constantly posting on Facebook of all the abuses that have occurred in the Fire Department, and that the Public Safety Director was the one who uncovered the abuse. First of all, if there were abuses taking place and the city did nothing about it, then that would be criminal. Where are the results of the investigation for all the abuse?

As a matter of fact, has there even been an investigation? Robert has never reached out to 1 member of this department to ask how we operate or how we are structured. Instead he talks and talks of all the “abuse” and never has anything factual.

We will not sit back and allow you to spread lies about this great department to simply try to win an election. Isn’t that exactly what you did prior to the May 13th election? But it didn’t work. The great people of Brigantine saw right through all your lies and did the right thing for the island.”