Some interesting new details about registered voters in Brigantine have recently come to light. According to a report in the Beachcomber News, the political make-up of Brigantine has undergone significant changes over the years.

As this number declines, the power of voting gets concentrated into the hands of a smaller and smaller group. Of this 6,783 number, here’s how it breaks down:

These updated numbers will weigh heavily on the Mayoral showdown in November, as Councilwoman Lisa McClay aims to cap Mayor Guenther’s reign to 22 years. 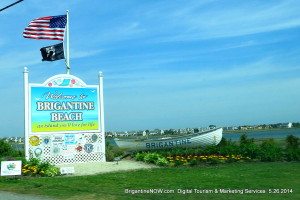 For decades, Brigantine Beach was heavily controlled thru a virtual ‘one party’ rule. The dominant Brigantine GOP political machine was well-oiled, feared and respected. They tended to embrace bigger government and a larger, well paid, public union workforce they could count on during elections.

The Brigantine GOP hit its peak about 2008 under the leadership of union friendly ex-cop; Jim Barber, who concurrently occupied the dual roles of City manager and Public Safety Director.

Here in Brigantine, it’s almost the exact opposite. The Brigantine Republican GOP:

Need info on how part-time residents can cast a vote in the upcoming Nov 2014 election in Brigantine?