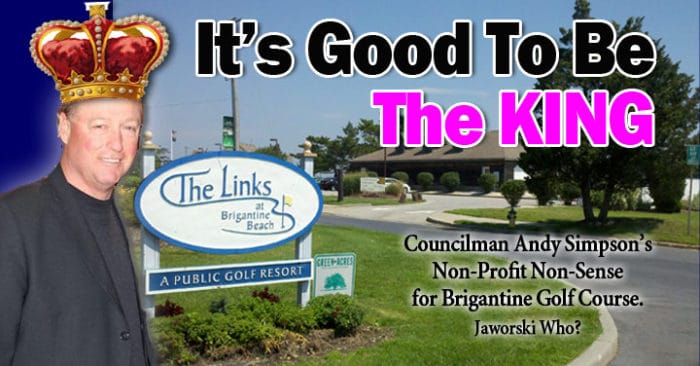 In 2002, City Council voted to purchase the property for $4.3 million dollars. A $800,000 Green Acres grant helped pay the purchase price. Once ‘Green Acres’ grant money was accepted, there was a deed restriction placed on the golf course, which effectively keeps it an open space for now.

While many were originally in favor of the city purchasing the golf course, there was a growing concern that it was being mismanaged, something Brigantine’s Mayor Guenther vehemently denies.

For the first eleven years that the city owned the golf course, it didn’t cost the taxpayer a dime. It was self sustaining. But as the popularity of golf has declined, THE LINKS was seen as nothing more than a money losing, private club for Brigantine Insiders. Most of the expense of propping up the course being handled by part-time residents and 2nd home owners.

A 15-year bond ordinance helped financed the deal. As of January 6 2018, the debt was paid off.

Phillips says the Mayor and the city continue to paint a rosy picture of the course status despite declining revenue since 2008 and a downturn in rounds played.