Every so often, we’re pleasantly surprised by Brigantine Mayor, Phil Guenther. While residents, especially 2nd homeowners, hate Guenther’s control of Brigantine, it’s nice to see him push back against the Northend beach takeover by the un-elected…. NJ DEP, Dept. of Environmental Protection.

To replace Martin, Murphy appointed Catherine McCabe to the DEP, the agency entrusted to regulate air and water emissions by companies and protect fragile ecosystems. Too often, the DEP goes beyond it’s mission, especially if beefy contracts and politics are involved.

Here is the letter to residents from Brigantine Mayor, Phil Guenther:

The New Jersey Department of Environmental Protection (NJDEP) will hold a town meeting on Tuesday, February 27th, at the Brigantine North School Auditorium at 6:00 PM to explain their recent decision to take over management of the North End natural area.

This change in operation of the North End natural area, which limits its use significantly, was not initiated or endorsed by the City of Brigantine.

Brigantine has been a partner with the state for decades to facilitate the protection of the North End’s natural environment as well as the protected and endangered species that inhabit the area. 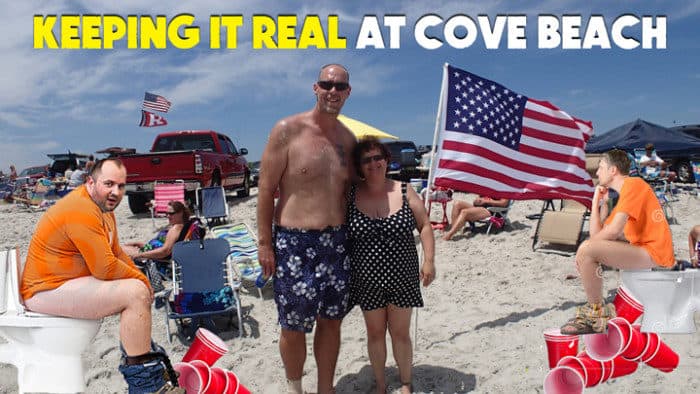 The City of Brigantine attempted to reach a compromise with NJDEP officials by offering to increase police patrols to enhance enforcement of the existing restrictions, and to share revenue from permits sold for North End access to support NJDEP environmental and endangered species protection as well as educational initiatives. Unfortunately, our offers to improve the longstanding partnership with NJDEP was rejected and the extremely restrictive and unreasonable rules governing the use of the North End went into effect on January 1, 2018.

The state takeover of the North End leaves all of us with many unanswered questions: Why would a state that is facing a financial crisis take on the cost of enforcement of new restrictions on the North End, which could amount to several hundred thousands of dollars per year for personnel and equipment, when the City of Brigantine was providing the service for no cost?

Why are activities like surfing, kayaking, paddle boarding, kite surfing, and horseback riding, which have been allowed in the area prohibited under the new NJDEP rules?

The safety of residents and visitors is of the upmost importance to us. Will the NJ DEP State Park Service patrol the area 24 hours a day, 7 days a week? Will they employ a full time police officer who can provide the same level of service and security that our City’s police can currently provide? When emergency assistance is required who will be called, 911?

You have an opportunity to have these and other important questions about the Brigantine North End answered by the NJDEP. Please join us at the public meeting on February 27th.