While many South Jersey shore towns have made a modest Real Estate rebound, Brigantine still struggles to attract buyers to the island. 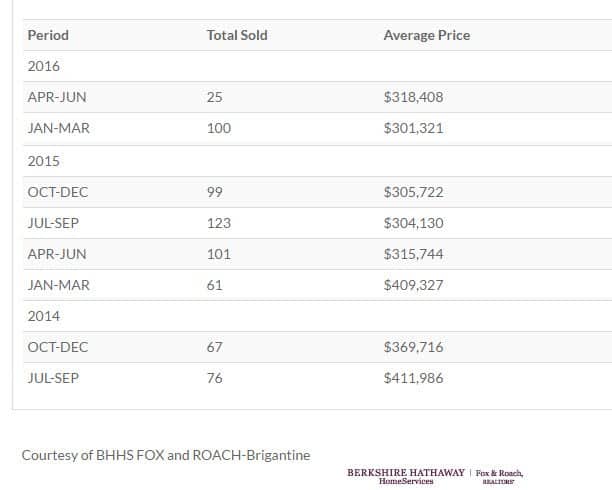 Why is Brigantine Real Estate stuck?

Over-spending and over-building on every square inch of Brigantine have been identified as 2 major reasons for the Real Estate slump in Brigantine. Other impediments to real estate growth include:

Note: Brigantine’s 5 million dollar surplus as of DEC 31 2015, an amount frowned upon by state regulators, has provided cover and a cushion for the increased municipal spending that’s been blamed for Brigantine’s multi-year, Real Estate slump. The recent increase of city expenses and public employees count was endorsed by most City leaders, including Mayor Phil Guenther and Councilwoman Lisa McClay.

The heightened pace of home-building in Brigantine adds to supply of homes on the market and depresses pricing. New home building is being green-lighted almost anywhere, even on top of the old, potentially/formerly contaminated gas station at the congested lighthouse circle. The only benefit of this kind of poor city planning and development is that it provides for more tax dollars to be collected by city government, which is then tapped for greater spending and increased hiring. This also allows current Brigantine leadership to boast of zero tax increases.

In most years, substantial tax relief fir Brigantine residents has been passed over for increased spending and hiring.

Councilman Rick Delucry was the lone opponent to these increases. Brigantine Councilman, Vince Sera, a local Real Estate agent who supported the over-taxation and new hires, had no comment.