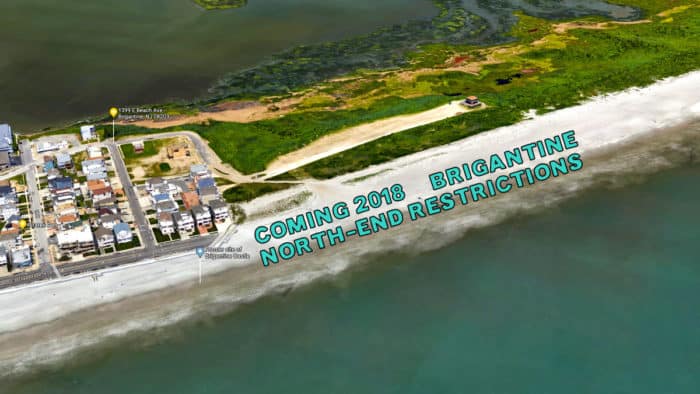 From Angie Peltonen: Concerning the state-run area’s new restrictions permit, the north end beach of Brigantine is a nature reserve. It should be enjoyed as that; not just a “fishing reserve.”

It is abundant with many species of birds, sea creatures, and plant life. It has always been a favorite place for people to purchase a permit from the city of Brigantine to let them drive the north end beaches except for certain times when piping plover birds were nesting. Then certain areas were restricted. The area is loaded with bloodsucking greenhead flies in the summer.

There is an abundance of subject matter for photographers and artists there. It is also a favorite place for surf fishing, bird-watching, kayaking, wind surfing and kite surfing.

Latest announcements have it that for a new permit from the state at $50 for New Jersey residents and $75 for out-of-state residents will be limited to “fishing only.”

In addition, the users will have to buy another permit from the city of Brigantine. Brigantine owns the first 1,500 feet of the north end beach. This is an additional fee for getting on the north end.

This does not seem fair.

Being able to use the north end beach has always been one of the things that makes Brigantine a great place to live. The city motto is “An island you’ll love for life.” This new state takeover negates that motto in this resident’s opinion.

For the “fishing only” usage, several questions come up.

1. Can people leave their car, get on a kayak or standup paddleboard, and fish off that in the ocean, or do they have to stay with their vehicle?

2. Can people go crabbing in that area, or clamming (with license). Is crabbing and clamming considered “fishing or harvesting fish”?

3. Can people go up there in a boat, anchor up and go on the beach without the new permit?

4. Can people go ice fishing up there in the winter if the bay is frozen?

5. How can the state realistically think people are supposed to be “actively fishing” in the middle of winter when there are no fish around at the north end?

This new fishing-only usage is totally unfair to photographers, artists, poets and students who may be doing research projects involved with wildlife, etc. Even though that area of Brigantine is known as Greenhead Beach, many people still enjoy going up there with bug spray, etc.

Many residents feel this is just another money grab by the state.

This area should be open to people who want to go bird-watching, do artwork and photograph the natural area or just hang out enjoying the beach. Not just for fishing.

Michelle Stantial: The usage has always been restricted to “fishing only” but it hasn’t been enforced. Also, it only applies to folks who want to drive, so the rules will be the same at North Brig as they are at Island Beach. You’re allowed to walk out there without a permit, you can also pull up a boat (during the non-nesting season) and you can do whatever else you like. The permit only applies to those who are driving.