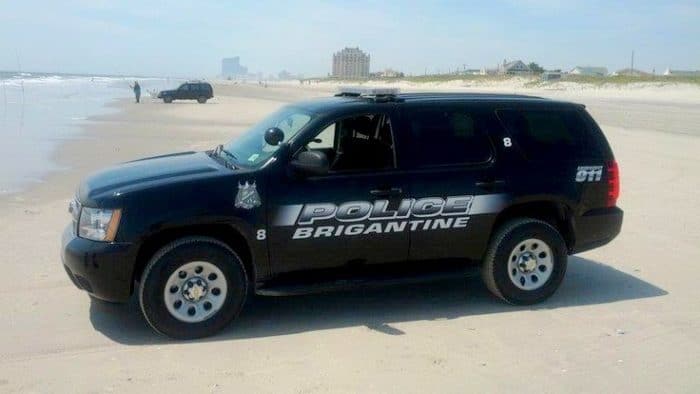 The Brigantine Police Department responded to approximately 315 calls for service the week ending Oct. 28. They included 68 motor vehicle stops with 14 summonses issued, one burglary, one burglary to a motor vehicle 34 property checks (multiple properties in each check) and 7 burglar alarms. Police assisted on 18 ambulance calls.

A 44-year-old Brigantine woman was arrested Oct. 28 and charged with DWI and maintenance of lamps. She was released pending a court date.

A 45-year-old Branford man was arrested Oct. 27 on outstanding warrants. He was released pending a court date.

On Oct. 26, police received a report of someone entering cars in the Towne Center Parking Lot. Police arrested a 28-year-old Brigantine woman and charged her with burglary to a motor vehicle and theft of moveable property. She was released pending a court date.

Charges are merely an accusation and not proof of guilt. In all criminal cases a charged defendant is presumed innocent until and unless proven guilty.

Anyone with information on a crime or wishing to report a crime can anonymously call the Brigantine Police Department 609-266-7414 or Atlantic County Crime Stoppers tip line at 800-658-8477.

Traffic Advisory. The Brigantine Boulevard resurfacing project has begun from Harbor Beach Boulevard to Lighthouse Circle. Please be careful and watch for changing traffic patterns. Slow down in the area and use caution so that the other traffic and workers are safe.

Lock Your Cars and Bicycles. We urge residents to be vigilant and keep their car doors locked. Don’t be a victim. Please call the police to report anyone suspicious lurking around cars during nighttime hours. All motor vehicle burglary cases have one thing in common: All vehicles were unlocked.

Please also lock up bicycles. We have received reports of several stolen bicycles over the past week.

Car burglaries and bicycle thefts are often crimes of opportunity. Please don’t create an opportunity for anyone to steal your personal belongings. Please lock your vehicle and lock up your bicycle. If you see something – say something.

Boat trailer parking. The parking of boats and trailers is prohibited in the city of Brigantine from Dec. 1 through and including May 1. Between May 2 and Nov. 30, it is unlawful for any person to park any boat or trailer for a continuous period of more than 48 hours in such places as parking is authorized unless the owner or operator of said boat or trailer owns or leases the property in front of which said boat or trailer is so parked.

See the city of Brigantine website for more information on where boats and trailers can and cannot be parked. Do a search for “Boat and Trailer Parking” in the eCode 360 section of the website.