Expert suggest that it’s never good to negotiate through the news media.

It was almost a year ago when a Brigantine public employee union purchased a scathing, full page ad in a local Brigantine Newspaper. Fourth of July Weekend is when the printed attack (see below) on Brigantine’s City manager was published in the Brigantine Times.

Many were surprised that a local newspaper would publish such an advertisement, especially during the busiest week of summer. Of course, this is the same newspaper that decided to avoid reporting on a Brigantine public safety employee being arrested for sexual assault a few weeks ago.

See the Brigantine Taxpayer’s Association response to this ad below. 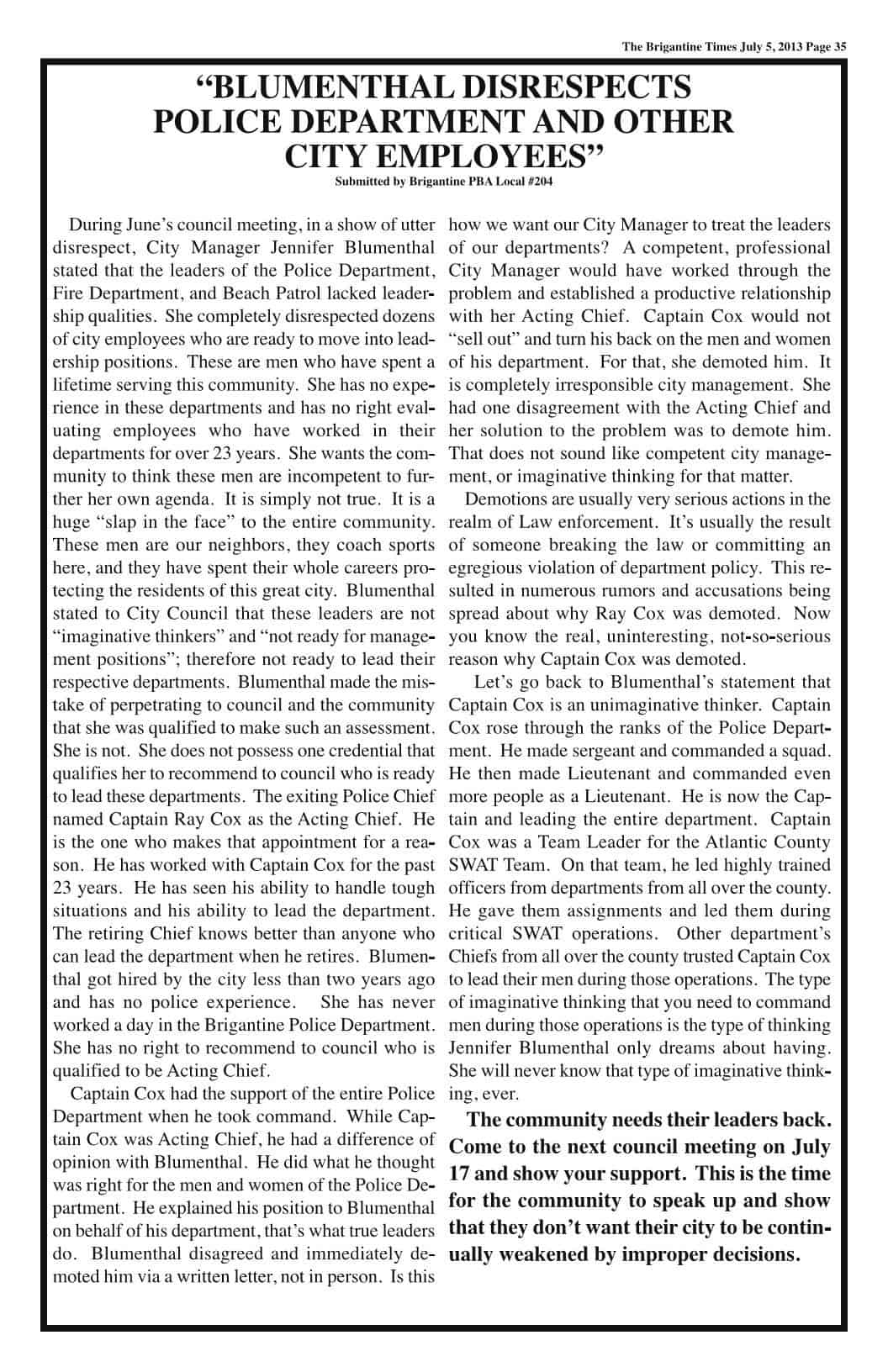 Here is the rebuttal that followed from the Brigantine Taxpayers Association:

We are responding to the July 5th newspaper article submitted by the Brigantine PBA in which the PBA claims that the City manager disrespects City employees.  This is a serious accusation. Before making such a charge in print for the public to read, those making this claim should have knowledge of the law and evidence of wrongdoing.

Let’s look at the law and some of the statements in the PBA’s article. Does the PBA make its case?

This power does not require the manager to recommend such an appointment to Council.  The law says that the manager shall report, not recommend, all appointments or removals at the next meeting thereafter of council.  Nevertheless, and contrary to the above, these following statements appear in the article.

This (PBA) ad distorts her legal authority and gives a false impression of her actions to the community.  Such misinformation (by the PBA) does not help to resolve the issue at hand and keep the community informed of the facts.

Following the law and sticking to the facts will produce a positive result without personal ill-will and harm to the efficient functioning of municipal operations.