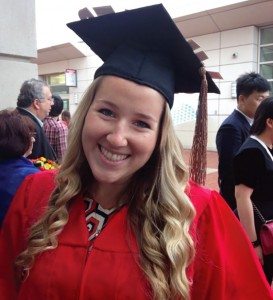 Brigantine’s Lizzy Scotland remains hospitalized in serious condition after falling down an elevator shaft at Fenway Park in Boston last week. Her prognosis is “uncertain” according to family and reports from NBC40 TV. Lizzy, 22,  is the daughter of Rev. John Scotland; pastor of Brigantine Presbyterian Church. Thoughts and prayers go out to Lizzy, family & friends.

From The Daily Free Press of Boston University: Elisabeth Scotland, a 2014 graduate of Boston University’s School of Management, fell down an elevator shaft in Fenway Park Friday night and remains in serious condition at Beth Israel Deaconess Medical Center, according to a statement from her family released through the hospital.

Scotland, 22, of Brigantine, N.J., suffered serious injuries after falling from the fourth floor to the top of an elevator car, which was stopped on the second floor. The Boston Fire Department responded to the scene at about 11:17 pm, BFD spokesman Steve MacDonald said. Read More in Daily Free Press.

BOSTON GLOBE: A state official said Monday that “extreme force” against the bottom of an elevator door at Fenway Park Friday night may have led to the fall of a woman (Lizzy Scotland of Brigantine) down an elevator shaft. Executive Office of Public Safety and Security spokesman Terrel Harris told The Boston Globe that the finding about the force was preliminary and investigators are still conducting their review. The office oversees the state Board of Elevator Regulations. He said it appears that “extreme force against the bottom of the door actually broke the fasteners and the metal backup safety system that held the doors in place.” That created a gap through which Scotland fell two stories Friday night.

Statement from the Scotland family: ‘

The Scotland family appreciates the many expressions of concern and support that have come from the Boston community and the Red Sox organization. They acknowledge with gratitude the outpouring of love and support from their South Jersey community. They want to thank the Boston Police and Fire Departments for their response to this event. They appreciate as well the exceptional care that Lizzy is receiving at Beth Israel Deaconess Medical Center.

At this time Lizzy continues to receive medical and surgical care and attention at Beth Israel; her condition is guarded and her prognosis is uncertain. The family requests that both the media and general public respect their privacy at this time. While more information will follow at a later date, the family will have no further comment at this time.