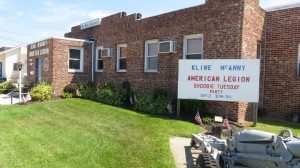 One of the hottest topics in Brigantine right now seems to be the controversy that has arisen as a result of this year’s “Shoobie Tuesday” party being thrown by American Legion Post 396.

Judging by the vehement response to the recent article on Brigantine Now, residents and non-residents alike have such strong feelings on this issue that it might be worth examining in detail, in the interest of harmony and understanding.

First, let’s define our terms. The word “shoobie” has a long history in Brigantine, with different connotations depending on its usage. The Wikipedia entry for “shoobie” reads as follows:

“Shoobie is a term used in South Jersey or Delaware to describe a tourist who visits the seashore for a day (a daytripper), primarily to use the beach during the summer months.

Shoobie is used in resort towns along the southern Jersey Shore. The term “shoobie” originated in the late 1800s, and it derives from daytrippers taking the train to the beach, with their ticket price including a boxed lunch packed in a shoe box. Later it was used to refer to anyone who brought a picnic lunch to the beach resorts. Either way, these daytrippers deprived local businesses of the revenue the tourists would have spent on food.

The term “shoobie” may sometimes now be applied to tourists who are more likely to feed the seagulls, or wear socks with flip-flops, or wear shoes on the beach, or set up umbrellas on windy days, or act like they have never been to the beach, although this is not the original meaning. 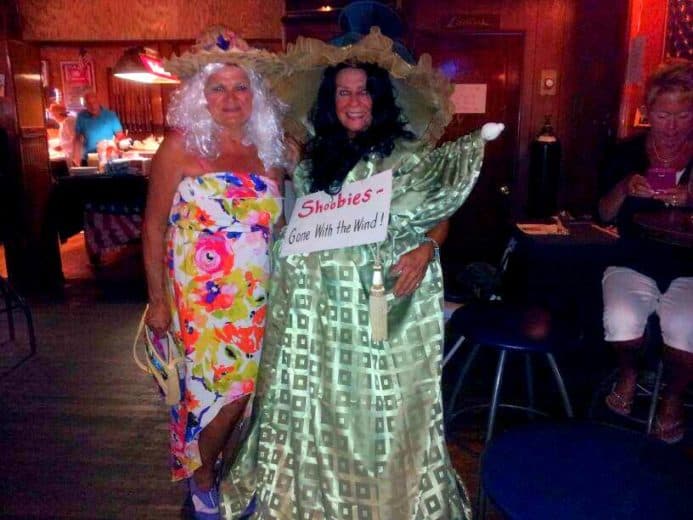 Shoobies are essentially a mixed blessing for local beach residents. They bring in enormous revenue during the summer months (less so if they bring their own food), but at the same time they add numerous obstacles and annoyances to day-to-day life. In that sense, shoobies are not unlike the tourists that descend on any resort area.”

Even a cursory examination of the above will demonstrate that the term is sadly out of date, according to its originally intended meaning. The majority of people who are referred to by the word “shoobie” no longer qualify as such. The Brigantine of today is a very different place than the island of years past, when the term was more applicable, according to its intended meaning. These days, the reality is that most of those who are called “shoobies” are homeowners; taxpayers who make a significant contribution to the town’s economy. They are no longer “daytrippers” bringing their box lunch from the train and depriving Brigantine’s businesses of much needed revenue.

It has been estimated that currently, at least 70% of the island’s homeowners are in fact non-resident taxpayers. It would seem that this fact alone should entitle them to a certain modicum of respect. However, not all Brigantine residents appear to grasp the importance of this figure. If such a large percentage of homeowners are, in fact, “shoobies”, then it seems that the “shoobies” are footing the bill for the vast majority of the many improvements to the island in recent years. To continue this line of thought, year-round residents might want to consider the increase in their already high property taxes, were the contribution of the “shoobies” to be eliminated from the equation.

Most Brigantine business owners would have a much harder time making ends meet without the vast increase in revenue that occurs during the summer months.

Far from hurting the island’s economy, would not be much of an overstatement to say that non-resident taxpayers form the economic backbone of the city. Furthermore, many year-round residents who do not own homes rent their dwellings from “shoobies”. If all, or even most of the island’s properties were to be owned by residents, the collapse of affordable housing for those who are unable to purchase a home would be imminent.

To sum up, “shoobies” pay for the vast majority of services and improvements enjoyed all year round by residents; “shoobies” help keep the island’s economy afloat; “shoobies” provide much needed affordable housing for non-homeowners. And all this without any representation in the city’s governance. At what point do they stop being “shoobies”.

Many residents assert that they do not mean the term in any derogatory sense. When its use is questioned, many defend it by insisting that it is merely “tradition”. In its proper place, tradition can be a fine thing. But claiming tradition has also historically been the last bastion of those with no other argument to justify the continuation of practices which have become offensive to others. It is for us to decide when a tradition deserves to be maintained and when it might be time to let go of past animosities and evolve beyond name calling and divisiveness.

American Legion Post 396 is an excellent example of a fine institution which has had a positive presence in Brigantine since before I was born. My grandparents served for many years as Commander and Ladies’ Auxiliary President, respectively. Some of my fondest memories include the annual Memorial Day Parade, as well as the Poppy Poster contest sponsored by the Legion in local schools. Those who would suggest closing the American Legion post down over this controversy would do the island a disservice.

The Legion’s positive impact on the community far outweighs the harm caused by the offense given by the unfortunately named “Shoobie Tuesday” party. A far simpler and less harmful solution would be to take the realities of today’s Brigantine into account and change the name of the party. For such a valuable institution as the American Legion to endorse what has clearly become, for many, an offensive term is simply counter-productive to the wellbeing and cohesiveness of the community. It is my sincere hope that the organizers of the “Shoobie Tuesday” party will take this into account and consider doing what’s best for Brigantine.

There is one possible solution to this dilemma which may merit the consideration of resident and non-resident taxpayers alike….

In several area resort towns, ordinances have been passed requiring that a certain percentage of City Council seats be held by non-resident taxpayers. This would serve the interests of the island by providing an atmosphere of inclusiveness, as well as doing away with the whole “taxation without representation” issue. Some would say that it is only fair that those who shoulder the heaviest burden should have at least some input. Additionally, it is possible that some island residents, witnessing the sincerity of the concern for Brigantine shared by non-resident taxpayers, might stop viewing them as “shoobies” or outsiders.

Inclusiveness, acceptance, understanding and tolerance are traditions whose time have come. It is time to let go of outdated stereotypes and accept the realities of modern life. I look to American Legion Post 396 to lead the way and serve as an example to the community of the qualities they have always represented.

Patrick Costello is the author of Greenhead Politics 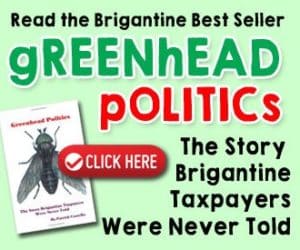