LISTEN > As reported by BrigantineNOW, the awarding of Links at Brigantine Golf Food & Bev contract to Mad Dog Morgan was proven invalid / illegal. The City of Brigantine was caught skirting a well known process requiring proper RFP (request for proposal) advertising in legal newspapers of record. Mayor Guenther and City Manager Stinson claimed it was an advertising error. They even had the Press of Atlantic City back that claim up with an in-accurate story.

It was not an advertising error. Guenther, Stinson and Simpson wanted to keep this sweetheart deal in the hands of a specific insider: Mad Dog Morgan. (for second year in a row) Caught red-handed, they now must start all over again.

An RFP was sent out recently order to attract a vendor that would feed & provide drink inside the Links Clubhouse at the north end of the island.

Pirates Den, Cellar 32 and Mad Dog Morgan were 3 of the 6 potential bidders who did a walk-thru of the Brigantine Golf Links facilities.

Brigantine Links Manager; Nathan, said that 23,000 rounds were played in 2015. Fraser thinks that number of rounds is ‘anemic’. Brigantine needs at least 30,000 rounds with an average price per round $40 to be successful, says Fraser.

The Links food & bev operation called Morgan’s Pub, only brought in $270,000 as reported by Morgan himself. Many of Morgan’s utilities like electricity, WIFI and TV were subsidized by Brigantine Taxpayers. Morgan was able to leverage the City’s concessionaires permit which made it very cheap for Mad Dog to serve beer & spirits.

At the recent Brigantine City Council meeting, it was like pulling teeth trying to get simple info about the financial performance of the Links at Brigantine Golf Course.

Items of note from audio:

Links at Brigantine Golf Course Preps for Even Worse 2016. 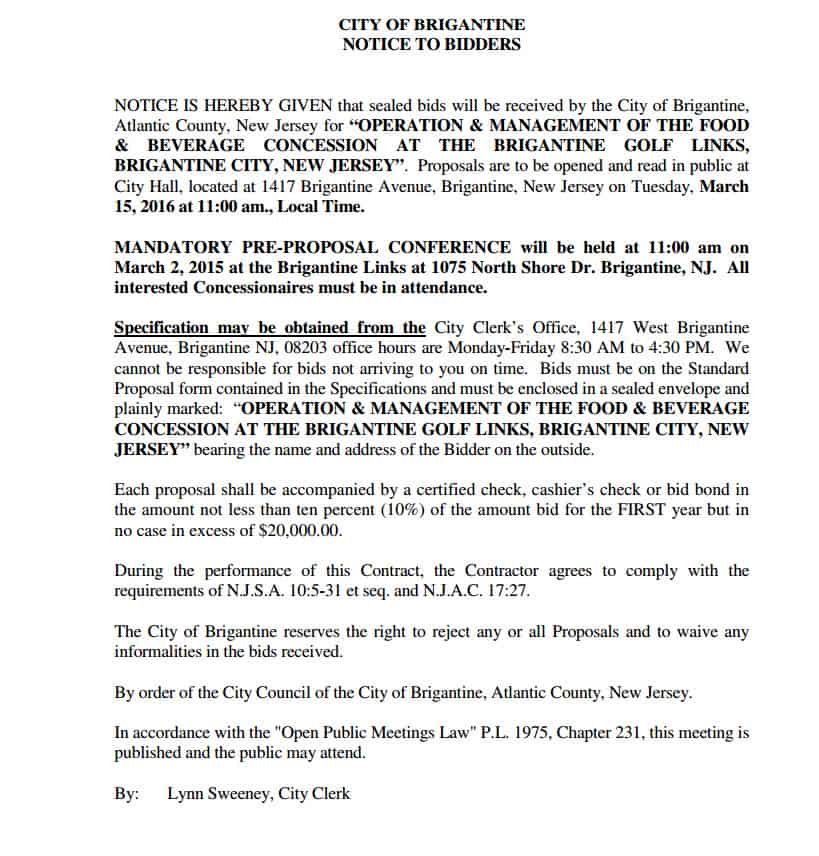