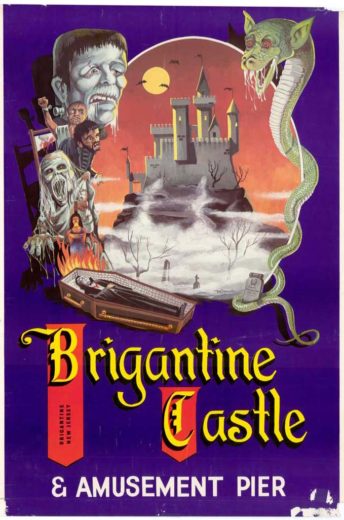 Meet some of the characters as they’re raised from the dead for this special, creepy evening…Chunky Monkey, The Zombie, The Butcher, Frankenstein’s Monster.

The Brigantine Castle, on the beach at 14th Street North, opened in 1976 on what was originally the Seahorse Pier. It became an instant success and developed almost a cult following of both locals and visitors. Actors chosen to be cast members earned immediate celebrity, but also hours of hard work and rehearsal, plus wearing a costume for hours in a building without air conditioning.