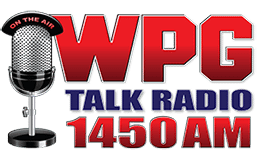 “Hurley in the Morning”, a popular Atlantic City radio host, has learned and confirmed that MGM Resorts International will be on this Wednesday’s (September 10, 2014) New Jersey Casino Control Commission agenda.

At a time whereby Atlantic City only seems to be generating negative news, Hurley confirmed that an important development is about to occur. This breaking news story is a particularly timely event in light of the recent news that the Trump Taj Mahal Casino Hotel may close in the next two months.

Multiple well placed confidential sources have confirmed to Hurley  that MGM will be re-licensed, and, that they intend to be “a cornerstone in Atlantic City for years to come.”

The times have changed dramatically since the days where licensure for MGM looked nearly impossible in Atlantic City. Well placed sources have confirmed that the state asked MGM to resubmit for licensure, “under the cloak of changed circumstances.”

This is significant and basically ensures that MGM will be re-licensed to do casino hotel business in New Jersey.