Brigantine children are giddy with anticipation as a rebuild of Shark Park gets underway in April. Leather’s Playground Design Company has submitted layouts and design ideas that will breathe new life into this much needed project.

Readers of BrigantineNOW brought attention to the quickly declining condition of the park in Jan of 2014. After a series of photos were taken & published of the rusty and sometimes dangerous playground equipment, City Council finally started to discuss potential fixes for this beloved playground. Chad Minnes of Lacey Cleaning was one of the first to step up and pledge support for a new Shark Park. Other local business quickly followed.

During a council meeting soon after, Mayor Guenther reminded everyone that a $150,000 appropriation was already targeted for Shark Park.

Summer 2014 phase 1 had volunteers cleaning up and making repairs to the park. In phase 2 this spring, a complete remodel and refurbishing of the park will occur. This will include many new community built items. Work will start in April of 2015. ALSO: a Shark Park pirate ship & mascot will soon be named.

BELOW: Diagram of new SHARK PARK PLAYGROUND in Brigantine, slated for completion by SUMMER 2015. 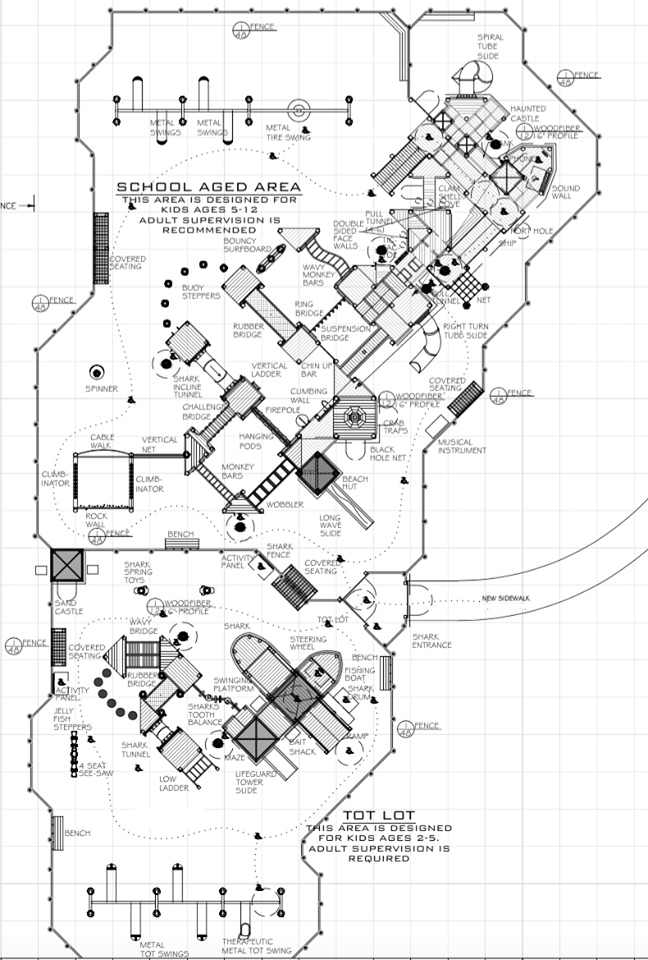