Brigantine residents have amplified their opposition to the overloading of 4×4 SUV’s on the beach. This adds to the recent alcohol issues and non-compliant events that have occurred at the COVE area of Brigantine Beach.

According to Gail Sikorski’s letter to the Brigantine Beachcomber, overcrowding of SUV’s bring about many negative ramifications.

Lorraine DeBrodi says:  I owned a summer home in Brigantine for 8 years. My home was in the Seapoint section of Brigantine. I went to City Council to ask them to reconsider allowing these vehicles on the lovely beaches. No go …. It’s all about money for them. I tried to reason with them, arguing that no other town on Absecon Island allows this. Not even Atlantic City. I had a council member tell me I should have thought of that when I decided to buy in the Seapoint neighborhood. My response to him was he should have considered lack of beach access when he bought in the Golf Course neighborhood. Brigantine’s city council is so hung up on the cash they are willing to destroy their beaches. It’s sad. 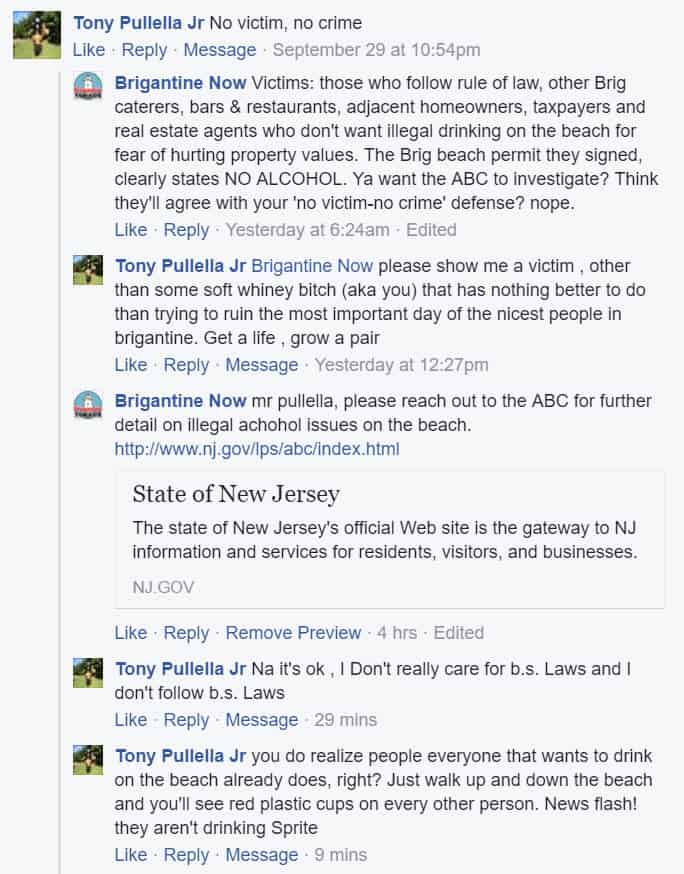