Mayor Guenther, along with City Manager Stinson, also claim ignorance to past illegal billing, and once again re-hired DORAN ENGINEERING. Residents not happy.

Since 2009, Doran Engineering was well documented for multiple, illegal billing and invoicing violations in Brigantine. 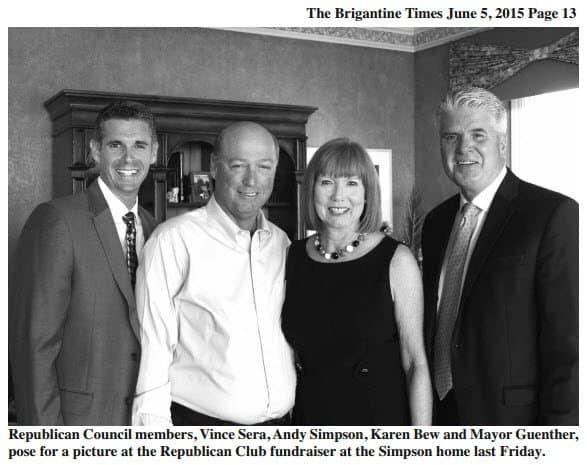 Only Councilman Rick Delucry has been digging into this issue and keeping it alive. Delucry has been trying to stop this type of financial malfeasance since 2009, with limited success.  In many cases, Delucry’s own political colleagues do not openly support his efforts. Councilperson Lisa McClay is one of them. Ms. McClay is a long-shot for re-election this November. She had no comment.

Other councilmembers; Vince Sera, Karen Bew and John Withers are also ‘mum on this gross display of corruption‘, said a member of the Brigantine Second Home-Owners Association. Could they be considered accessories ….as they ignore…..this violation of NJ State Law?

DEFINITION of Accessory: A person charged with aiding and abetting or accessory is usually not present when the crime itself is committed, but he or she has knowledge of the crime before or after the fact.