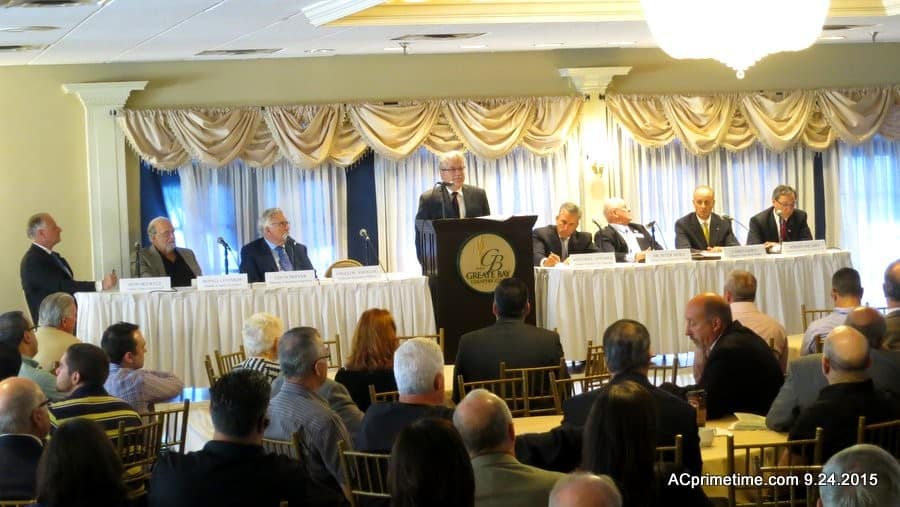 At the top of Angelou’s TO-DO list was the creation of an economic development organization. This ‘EDO’ would preferably be run by an experienced outsider with no political baggage or influences that could slow the process. The EDO which will act as a pseudo ‘economic & BIZ DEV swat team’ will be staffed by Q1 2016.

Senator Jim Whelan was one of the very few that honorably shared a personal regret: ‘I should have called Ginsburg Bakery earlier. Maybe they would have stayed in AC and not moved to Camden (county). More of us need to reach out to business earlier and more often’. Some preferred to ignore pleas of ‘not pointing fingers’ and threw some orgs under the bus anyway.

Angelo Angelou: ‘Economic development is all about marketing. Not brick and mortar. It’s about changing perceptions’. “Without a local EDO, this strategic plan will be meaningless” “If local businesses are not willing to invest here, why would outside business do it?” ‘How can Atlantic County compete if they’re not in the race?’

County Executive Dennis Levinson: ‘Keep government out of this effort. Emphasis needs to be on private sector. CRDA spent $2 billion to revitalize Atlantic City. Do you see revitalization?’

Atlantic City has some extreme circumstances:

Atlantic County has tremendous resources in the AVIATION space. Upside potential for this industry segment is great. Yet, Spirit Airlines decided to pick Detriot for it’s jet maintenance project. ‘Atlantic County didn’t even try for that business’ says Angelou’s report.

The Atlantic City International Airport is a vital, yet heavily underutilized asset within the county. AngelouEconomics recommends Atlantic County to pursue a Maintenance and Repair Operation (MRO) for the airport. The airport’s proximity to a number of major airports on the east coast, lack of congestion, and lower wage and rent costs make it an ideal location for such an operation.

A number of modifications must be made to the airport to allow for such a venture. First, taxiways will need to be constructed from the runway to where the maintenance facility will be located in order to transport the airplane from the runway to the facility. This will cost $8-9 million. Construction of the maintenance facility itself will cost $5 million. This cost could potentially be covered by the MRO.

AngelouEconomics expects the operation to employ 350 people within the county. A partnership with Stockton University would benefit both parties. The university can provide hands on courses in aircraft maintenance on the premise. Students who have gone through the Stockton program would be ready for employment afterwards at the facility. 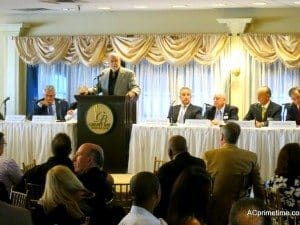 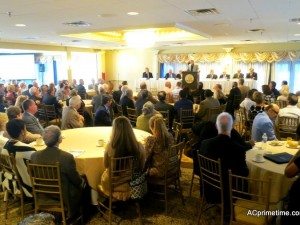 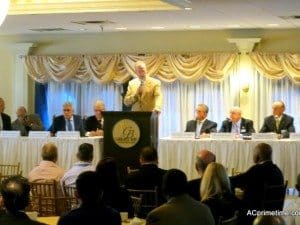 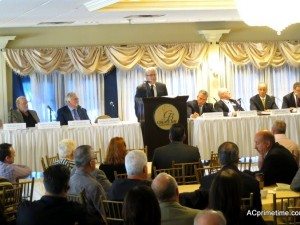 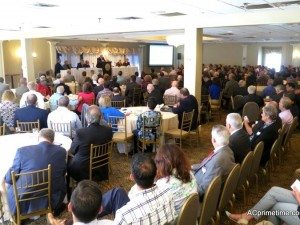 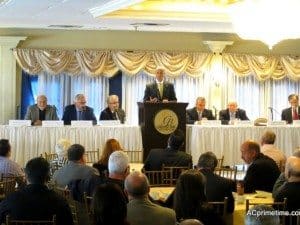