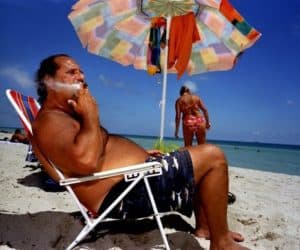 No smoking on the beaches? That’s what the NJ state Assembly committee on Tourism and Gaming wants. They just passed a proposal to outlaw smoking at the beaches and other recreational areas. The bill needs full support from the Assembly, something most say is a long-shot. Catching a smoke would still be cool in beach parking lots.

Supporters say the NJ beach smoking ban would eliminate exposure to harmful secondhand smoke and cut down on litter. The proposed law says: “the prohibition of smoking a public parks and beaches would better preserve the natural assets of this state by reducing litter and increasing fire safety in those areas, while lessening exposure to secondhand tobacco smoke among the public.”

3 thoughts on “Ban Smoking on the Beach?”