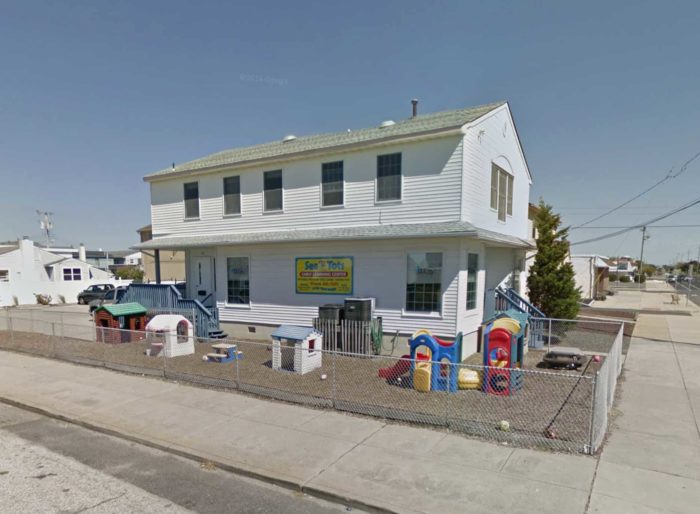 Sea Tots in Brigantine, the city’s popular, early childhood learning center is days away from closing. It’s been a family favorite for 27 years. Owner Joanne Kuchinsky has been providing daycare services from the very beginning. She also teaches preschool classes at Sea-Tots, daily from 7:30 a. to 5:30 p.

Kuchinsky is being force to shutter her business. Sea Tots’ last day in Brigantine is Friday, Sept. 28.

So what happened? Not enough kids? Bad business practices? Retiring? No. None of the above.

Sea Tots is closing because the Brigantine School district may have have pulled a fast one with the State of NJ.

Close to a million dollars was available for school districts in order to boost local pre-K programs. The only requirement to get the funding, was the school district needed to team up with a local business in this space.

Brigantine School Superintendent Michelle Cappelluti signed off on the grant application that shows Sea-Tots was on board. According to Kuchinsky and Sea Tots, that’s not true.

Cappelluti’s move was supported by Mayor Phil Guenther, along with Councilmen Andy Simpson and Vince Sera. Note: Guenther appoints the school board in Brigantine.

Mayor Phil Guenther of Brigantine is also the superintendent of ACIT, Atlantic County Institute of Technology in Mays Landing, a county school that specializes in vocational training.

The preschool money received, was offered to Brigantine as long as they partnered with a local business like Sea Tots. The Brigantine School District looks like they didn’t live up to that agreement. See application below.

From Press of Atlantic City: Brigantine North School tried to force Kuchinsky into accepting the less than favorable deal. Take it or leave it.

If Sea Tots took the deal, they’d have to reduce class size from 29 to 15 kids. Sea Tots would also be forced to reduce the daily hours of operation to match the much shorter, Brigantine Elementary School day.

The district wanted Kuchinsky to hire new teachers and aides. Brigantine is known for inflated salaries and benefits. The public teachers in Brigantine are the 6th highest paid in the State of NJ.

From Press of Atlantic City: Kuchinsky: “I don’t want to close my doors. I’ve been forced into it, and they’ve taken it away from me.”

Brigantine was awarded a $720,684 grant. Some reports suggest that number is much higher. Brigantine received the money/grant because they claim to be offering services to 72 students, by partnering with Sea Tots.


From Press of Atlantic City: As of Sept. 18, the Brigantine School District only has 48 children enrolled in its preschool program set to start Oct. 1. Brigantine will likely need to reach out to Atlantic City to fulfill enrollment quotas.

Kuchinsky questioned whether the funding was guaranteed. It’s not. If the state program dries up, Brigantine taxpayers will be on the hook for a bigger, bloated school district primarily subsidized by Brigantine 2nd homeowners, that don’t vote in Brigantine.

Kuchinsky told Capelluti and the school district, before the grant was submitted, that she didn’t want to participate because of the financials just didn’t make sense. Nonetheless, Cappelutti signed off on a application that says Sea Tots will participate. See below.


Cappelluti, along with Councilmen Sera, Simpson and Mayor Guenther, see this as a way to prop up a fast shrinking school district.

Brigantine School District is now down to 535 students, split between 2 schools with full-time, duplicated staffing.