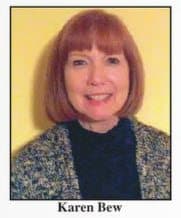 Ms. Bew is also the mother of Melissa Bew Knoff, a Brigantine school teacher. Karen Bew also has a son-in-law in the Brigantine Police Department.

This appointment will only be temporary. The upcoming NOV 2015 election will put this seat back up for grabs again…and could give fiscally conservative Brig Dems chance to regain council majority once again. (we wish a part-time resident / independent would run)

Would beloved Dorie Herndon put his hat back in the 1st ward ring? Dorie would likely do VERY well if that were to happen. The popular Herndon could put some much needed smarts & bite back into the recently neutered Brigantine Democratic efforts.