To the editor from Rita D’Armi >>> After reading last week’s letter by Anne Marie Cooker in support of Mayor Guenther and the Republican ticket, I feel compelled to respond.

It is my strong belief that moving forward, not only do letter writers sign their name, but they tell the public just how they are personally involved in politics on the island.

I am sure Mrs. Cooker must be a very nice lady. What she leaves out of her letter says much more than what she put in.

Mrs. Cooker goes on to lament about rudeness at City council Meetings. I checked the last council meeting I watched in August. There were 10 speakers in the public portion of the meeting; nine were registered Republicans, and one was an independent. She blames “disarray, ill content bad feelings and rudeness” on Democrats, when not one public member of the audience to speak was a Democrat.

Mrs. Cooker also states that the tone of speech at council meetings is setting a bad example to the young of the island. Well, two of the speakers at this meeting were “young.” 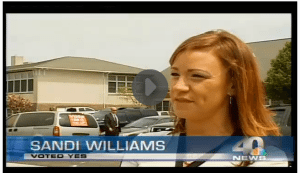 First was Sandi Williams, who is a full-time employee of Councilman Andy Simpson. Ms. Williams frequently gets up at council meetings to give, I’m sure, her point of view – not one directed by her boss – and has never identified her relationship to Councilman Simpson.

And of course no meeting would be complete without hearing from young Vince Sera, the Republican who, even though he petitioned to change our form of government away from council-manager and cost the taxpayers of Brigantine thousands of dollars in wasted legal fees, now wants a job as a councilman. Priceless arrogance. Vince is already on the city payroll; I say one city job for him is quite enough.

Yet another frequent speaker at council meetings is Anne Wenitsky. Anne has yet to identify herself as not only as the treasurer of the Republican Club, but also Councilman Simpson’s personal real estate agent.

It would be doing a great service to the citizens and voters of Brigantine if these letter writers and “concerned citizens” revealed not only their names, but who is signing their paychecks. It would certainly shine light on where they’re coming from.