Lisa McClay was elected to city council in 2012 along with Rick DeLucry and Joe Picardi. 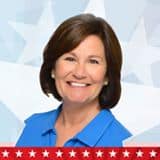 This victory created for the first time in 115 years a democratic majority on Brigantine’s city council. She currently serves on the Brigantine Beach committee, the Strategic Recovery Planning committee, and is co-chair of the Green Team.

Lisa first became involved in Brigantine politics in 2011 working to get Rick DeLucry elected to fill the 4th ward vacancy. She has a collaborative leadership style that results in people working together to affect meaningful change.

Lisa is a graduate of Rowan University with a degree in history and education, and a certified middle school social studies and math teacher for the Northfield School District. Prior to becoming a teacher Lisa worked in the Atlantic City gaming industry and as a local real estate agent.

For the last 33 years Lisa has lived and raised her family in Brigantine. Lisa and her family love Brigantine and share your concerns regarding the direction and future of our community. Lisa is a hard working person with integrity, dedicated to the success and accountability of the city, and to you the citizens of Brigantine.

Born in South Philadelphia, Robert Polillo spent his summers in Brigantine as a child. 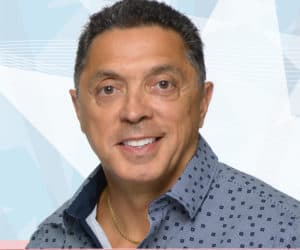 His family operated the Sea Horse Pier in the years just prior to its sale and construction of the famed Brigantine Castle. Robert has been active in our community since moving here full time in 1985. Robert has coached youth sports in Brigantine for over 10 years. He was a Fourth Degree member of the Knights of Columbus and a member of the St. Thomas Church Choir. Known mostly for his singing voice, Robert raised his voice in 1989 when together with other civic minded residents; he was instrumental in changing the antiquated Commission form of government to our current Council-Manager form.

Immediately out of high school, Robert began his professional career as a designer/draftsman. He joined the Penn Central Transportation Corporation in 1978 during its bankruptcy. Upon being promoted to Assistant to the Director of Real Property, Robert assisted in the conveyance to Conrail that laid the groundwork for the largest corporate reorganization in U.S. history. In 1988 Robert became a contractor at the William J. Hughes Technical Center where he is still employed.

With his support to the Federal Aviation Administration and Homeland Security, he brings diversified experience in Program Management, Environmental Occupational Safety and Health, Contracts Management, Facilities Management and Design, and Anti-terrorism programs. Robert is a member of UNITE Here, Local 54, and is fighting to save jobs in Atlantic City. His years of experience directing government contracts give him the executive skills and leadership qualities necessary to serve on city council. 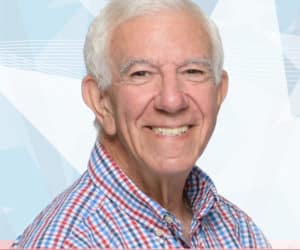 He is a graduate of the University of Pennsylvania, Duke University Medical School and Johns Hopkins. He is a board certified dermatologist and has practiced in Brigantine since 1989. He is a member of the Elks, Chamber of Commerce, American Legion and fundraising chair for Temple Beth Shalom in Brigantine. Dr. Kern is a US Navy/Vietnam era veteran.Councilman Kern has made positive changes in our city government. For the first time, we have a qualified and independent city manager. He supports the abolishment of longevity pay and establishing realistic starting salaries. Working together with our city management team and remarkable volunteers, Brigantine has made the most rapid recovery from Superstorm Sandy of any community in South Jersey.

As a member of the majority, Frank was instrumental in eliminating the no bid professional service contracts. This has saved taxpayers hundreds of thousands of dollars annually. Frank has a proven record of valuing taxpayer dollars. He will continue efforts to save money without sacrificing services.