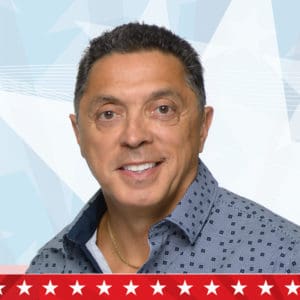 Rose, your OWN party knows who/what you have contributed to their campaign. It will be a real pleasure going forward, whether I win or lose, I know we ran an honest campaign. I know where the future of the Republican party lies….answer: in the hands of the many REAL Republicans that know the truth about you and your dealings.

That have already expressed why they no longer support their own party. Yes, Rosie. YOU are the reason. You and your small group of haters have lived off of political cronyism for decades. Of course you don’t like Frank and Lisa. They’re honest people and you know nothing about dealing with honesty. Sad that after 25 years. you’re still reeling over being ousted as PTA President. Amazing.

Why don’t you tell the good people how you were sitting as President of the Planning Board when I requested my subdivision, which I shouldn’t have even needed as I OWNED TWO LOTS, that your board merged.

I received a call the next day from someone that was there. They THANKED ME for giving THEM the opportunity to right the wrong that was done to me, 10 years prior.

Wanting the property subdivided for monetary reasons? You are wrong again. It was being GIVEN to my Mom and Dad, and my Mother in Law and Father in Law for the family.

And as far as my son is concerned, from what I understand, his company did NOT bid on the (golf) lease.

And by the way, he’s now General Manager for one of the top Golf firms in the country. Doing quite well in Delaware and liking it.

I wish his firm would have bid. I think, based on his success with two courses, he could have been a good addition. I’d love to have him and his wife closer. However, knowing my son, he’d refuse as he respects those working there now as I do also. Nathan, Tom, Jay and Gabe do all they can possibly do with what they are given.

I am PROUD to say my son did this ON HIS OWN. Not on the Brigantine Taxpayers dime.

I suggest you might want to leave children out of this conversation.

5 thoughts on “Candidate Robert Polillo of ‘Taxpayers First’ Pushes Back”