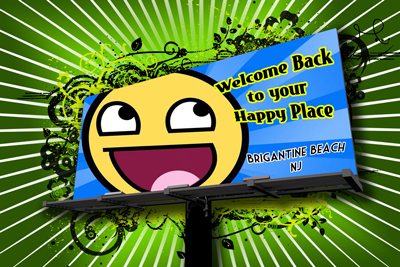 As a human condition, change is one of the most difficult things that we face.

When I moved to Brigantine it seemed that a change from the “business as usual” Republican city government was virtually impossible. The majority of residents were seemingly content with a bloated city payroll, with zero contribution benefit packages for city employees, with the lowest commercial tax ratable base of any local shore community and with an anti-business culture that permeated all city departments, unless you were part of the inner circle.

Despite a shrinking population, businesses closing or for sale, and an ever increasing tax rate, the Republican majority had no plan.

Favors continued to be doled out, like we were in an episode of the Boardwalk Empire.

A strong business leader decided enough was enough and started a grass roots movement that ultimately accomplished the unthinkable, a Democratic majority for the first time in the history of Brigantine.

The fiscally conservative Democrats have had only two short years to implement changes that will ultimately reduce taxes and address the major issues affecting our city. They need more time to rectify mismanaged city contracts, tailor ordinances and improve processes to make Brigantine more business friendly and to continue in their efforts to reduce taxes. These issues did not occur overnight and cannot be solved in the blink of an eye.

As a community, we made a statement two years ago in electing a conservative Democratic majority that understood difficult decisions needed to be made. It is not realistic to think that the Democrats can implement significant change and fiscal sanity in such a brief period of time.

I implore the voters of Brigantine to stay the course and let the Democratic majority continue their policies so Brigantine can become an island we can all actually afford for life!

2 thoughts on “Reader Feedback. Change is Hard, But Needed.”