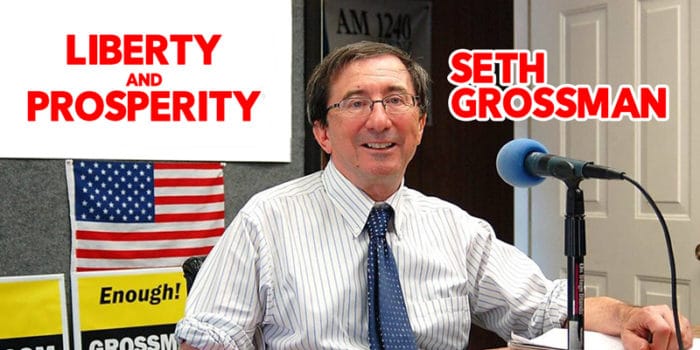 NJ Gov Phil Murphy supports mandatory participation and payment of union dues for all 103,000 employees of the NJEA Teachers Union. Somers Point Atty, Seth Grossman sees that as unconstitutional. No wonder this issue is in front of the US Supreme Court.

According to Grossman, many public employees in NJ, and the rest of America, believe they have a right to refuse to join or pay dues to any organization they don’t support or agree with.

Grossman is considering a run for US Congress, filling seat of Frank Lobiondo. Mr. Grossman is also the Executive Director of LibertyandProsperity.com, a constitutional advocacy group.

NJEA Teachers union collects roughly $1,000 per year dues annually from 103,000 employees. The public school teachers / employees are forced to pay dues whether they want to join or not.

Grossman: NJ State law forces every public employee to pay dues to a union, whether or not he or she wants to join.

This is more than enough to elect, remove, bribe, or bully almost every elected official in New Jersey.

This case is before the U.S. Supreme Court.